Longtime Danvers resident Gary Santarella, 65, has been playing music professionally since he was 18. From 4-7 p.m. on Saturday, May 21, he’ll be celebrating the release of his first original album at the Village Tavern in Salem.

“Unconditional Love” is a six-track album, recorded at Mixed Emotion Studio in Middleton, which features 12 different musicians, a slew of harmonizing instruments and borrows inspiration from some of the most legendary acts in music history.

“As far as everybody that got to play on the CD and performed on it, they all brought their A-game to it,” said Santarella. “I couldn’t ask for any better musicians to play on a CD.”

Some of the musicians, like keyboardist Clifford Carter, have decorated careers of their own. Carter has played with James Taylor and Art Garfunkel, and recently worked as the musical director for Idena Menzel’s tour last year. Guitarist Peter Calo, a friend and colleague of the album’s producer, Roger Kimball, has worked with both Carly Simon and Linda Eder.

A smattering of local musical talents were included in the album as well, including Steve Sadler and Jim Collins on electric guitar, Jim Lattini on drums, Ricardo Monzon on Latin percussion, Rich Greenblatt on marimba and Ashley Johnson on backup vocals.

The album was a product of about three years of work from the musicians, and started from Santarella’s desire to nail down some of the songs he had been singing for years.

“I told [Roger Kimball] I have a lot of songs and I’d like to get them down and get them recorded before I die,” joked Santarella.

Musically, the album has upbeat and fast-paced tracks such as the opening track, “Don’t Kick Me.” Acoustic guitars and vocal harmonies set a melancholic tone for tracks like “No Hard Feelings.” Others, like “Daddy’O,” inspired by Santarella’s daughter, have a distinct honky-tonk influence stemming partially from lead guitarist Bobby Stanton’s roots as an avid player of country music. 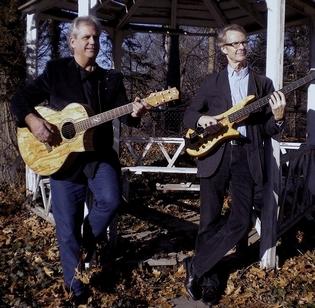 The result is a cohesive, groovy album with toe-tapping rhythm and satisfying vocal and instrumental harmony. The production quality is fantastic, which Santarella credited sound engineers Ken Lewis and Jim Brick for.

“I think it’s cohesive but there’s something there for everybody. It’s not all one solid style,” said Kimball. “It’s a good team. [Gary] has a lot of talent and he had a lot to do with the production too. He’s got great ideas.”